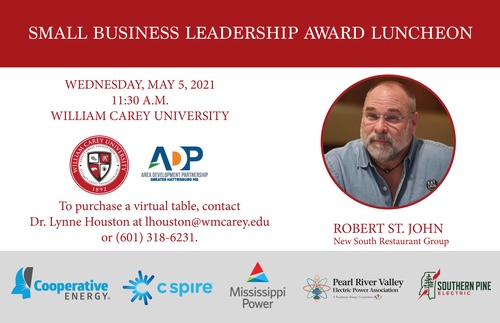 Event Description:
The Small Business Leadership Award was established by William Carey University and the Area Development Partnership in 1990 to recognize the important contributions small businesses make to the economic, social, and cultural life of the community and the particular achievements of one individual or family. The award is given in memory of Dr. Joe Roberts, former professor of communication at William Carey University. Dr. Roberts was also a successful businessman and one of the founders of Aycock-Roberts Furniture.